Often when I’m at conferences, parties and networking events I get asked “so what do you do?”

If it’s someone that I think has a real interest in our market, I will normally give them the benefit of my ‘elevator pitch’. 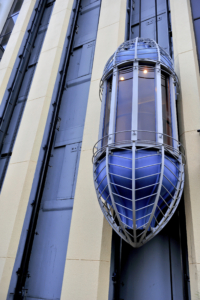 ‘Data’ or ‘metadata’ for my elevator pitch?

For a Brit, the term ‘elevator pitch’ is in some ways very misleading. Firstly, we Brits call that device that moves you up and down a building vertically a ‘lift’. So we would say “I’ll meet you in front of the lifts”, not “…in front of the elevators”.

Secondly, being a relatively shy and retiring nation, we tend to steer away from talking to strangers in elevators (lifts) and certainly do not try to enthral them with short expositions on what we do for a living. But let’s run with the concept of ‘elevator pitch’ as it is generally understood.

In answer to the proffered “what do you do?” my mind will be trying to decide do I talk ‘data’ or ‘metadata’ here……

So let’s talk in terms of ‘data’. I might say we do ‘data discovery ‘but then people with some knowledge of Information Technology may start to think about data profiling – working out the meaning of the data from its content – which columns are unique, and therefore the possible Primary Key, which are references to other Tables (possible Foreign Keys), what are the minimum and maximum values of a particular column, and so on.

Alternatively they may jump to the conclusion that I am referring to Data Analytics and Business Intelligence and to being able gain insight and improve decision making from raw data.

Most people would also recognize that Data Profiling or Data Analytics is not the same as Data Access.

Data Access implies an ability to ‘access’ the data – maybe via an ODBC connector giving the ability to select data from one or more tables via SQL.  Access suggests a capability to get at the data – it does not imply an understanding of that data.

So instead of saying we do data discovery, I could say, more correctly, that we do Metadata Discovery. (At a party, this is normally where the questioner mutters their excuses and disappears to the restroom – or ‘bathroom’ as we say).

Metadata Discovery is about understanding the meaning of data, not from its inherent content, but from the definitions and descriptions stored as part of that data’s structure. Strictly speaking this is meta-meta-data – metadata means literally ‘about data’  – so meta-meta-data is about the data that describes the data itself.

However we can draw the same distinction between metadata discovery and metadata access as we did between their ‘data’ counterparts. Having metadata access does not imply an ability to discover.

Lots of products in the Information Management space have some level of metadata access capability. If you know what database table you are after, they will pull back some basic descriptive information about said table. Rarely will that include things like relationships to other tables.

That’s very different to discovery: “I’m looking for Customer Master but I’ve no idea where it is in my system”. If someone could tell you that Customer Master was defined in tables KNA1 and a set of other related tables (those of you familiar with SAP will recognise that KNA1 is a real table within a SAP system), then you might use a data access technology to get at the data. You might even use a metadata access technology to see some of the definitions of those tables.  But if you didn’t know the specific tables (and joins) to use, you’d have to find out. 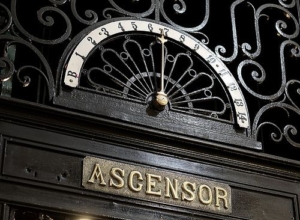 Our business is metadata discovery

Of course you could ask a suitably knowledgeable person – they will be able to help you – but at a price – maybe a direct cost – or  an indirect cost because they are not doing what they should be doing while helping you. And of course each time you need to ask a ‘discovery’ question, you are back at square one.

So that’s what we do – Metadata Discovery. Of course there’s a bit more to it than that. But this is my floor.

“You can check-out any time you like, But you can never leave”
Scroll to top